skip to main | skip to sidebar

The Amazing Land of Sakura...

I reached Japan on 30 march 2009, 7am…when I was outside the plane, the weather was too cold and I was told that it was 1 degree celcius. Really damn cold, almost freeze me. I love that kinda weather so much. When I reached a hotel in tokyo , the first thing that caught my attention was the toilet. Why ? because I saw many pressable buttons which I don’t see in Malaysia’s toilet. Carrying my luggage, I entered the toilet and press this that, curiousity makes me a sampa lao~~~

There is no water pipe in the toilet, as only 1 button, your shitty ass wil get washed automatically. Besides, you won’t feel cold when you’re sitting on the toilet seat as it will keep ur buttox warm. Maybe it’s just a norm for you all, but it amazed me…LOL 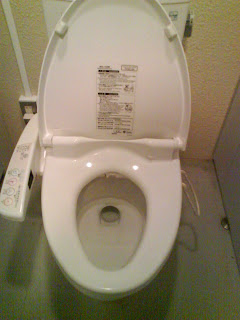 In my college, there is no switch for most of the light because all are using sensor. Once you step on the ground, the nearby light will be on. But I don’t like it so much, because during night, walao. I want go bath also scared ar, sipek dark !!! then you move 1 step, 1 step, 1 step, step by step, the light only on 1 by 1….

The japan salesman or salesgirl’s attitude makes me love shopping in japan so much.

I was choosing winter sweater in the shop, the salesman keep staying beside me, suggest me this and that, then after I finished choosing,

I paid money, and when I was going to take the bag of my winter sweater, he said this very kindly

Salesman : can you please let me carry this for you till the exit ?

Oh my god, I was stunned, then laugh laugh. Cheh kia abit…..then at the exit, keep on bow 90 degrees to you. Walao, damn paise ar me….first time being treat like this…..if you’re shopping in japan, you’re like a king for them, they’ll serve whatever you need and want.

Japanese loves our earth so much. Why did I say so ? 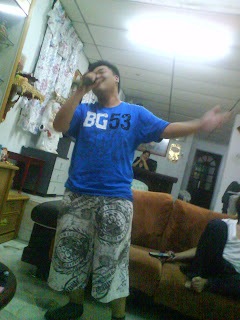 Owh~~
Since i came back to KT 2 weeks ago till now, online became my daily routine. I don't know what else can i do beside online for hours which making me headache. Till 2 days ago we ( Chung, Steven, Wen....) have had a beach walk at Terengganu's Batu Buruk !!
Batu Buruk.... I remembered my friends asking me : "Batu Buruk ?? How's it ??"
And here, i wanna promote Terengganu's most BEAUTIFUL, CLEANEST, Batu Buruk Beach.... 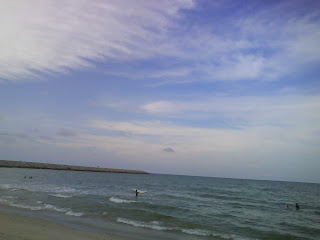 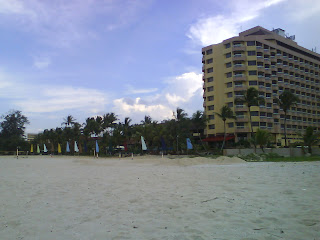 This is the Primula Parkroyal of Terengganu.
Did i impressed you ? LOL
Posted by f u l l w a y at 9:03 AM No comments: 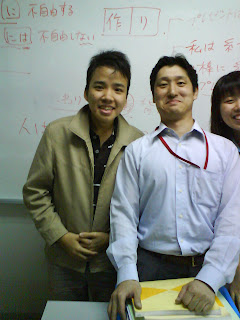 This semester, is our last semester in UTM. We're moving to INTEC Shah Alam, but some of our lecturer aren't following us to shah alam, they're going back japan. This is saddest one !! Along this period, we really learned and enjoyed a lot with them ( the japanese lecturer ). We really had fun with them !
Ishikawa Daishi Sensee, he gonna leave us, the HimawarianZzz...T.T 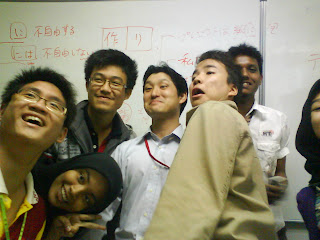 We always joke though it is class time... 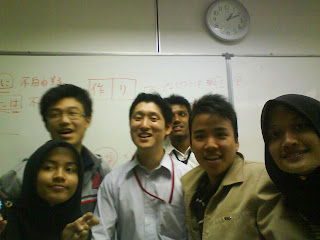 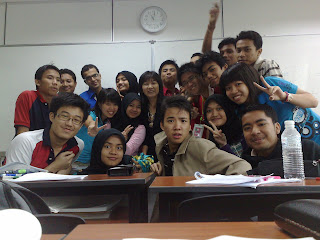 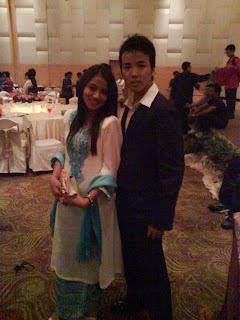 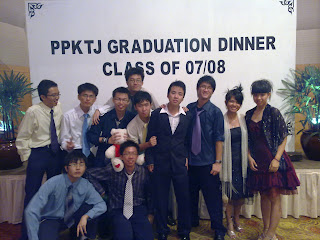 Argh.......
Somebody told me, my blog is a real die blog. Oh man ! I want to keep this blog up to date, but i was really busy ( yeah, same reason again ). Hmmp ! Rubbish talk less, allow me to start my story since the last post i'd posted.
The last CNY :
Chinese new year, the 2nd week, every chinese was still enjoying their family gathering, me ?!! need to be back to my centre and continue my (killing, stress, pressure, blood-sucking....) studies. Kolian.......
But something made my lip curved into a smile....
My family members are all at ho
me now and I'll be going back too during the weekend. Think liao also sipek song ar !! since sipek long time didn't spend time together with my sipek entao bros !!! XD
Already 5 years we didn't take a family picture. So, decided to take a leng family pic.......
12 years before : 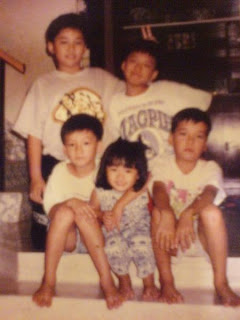 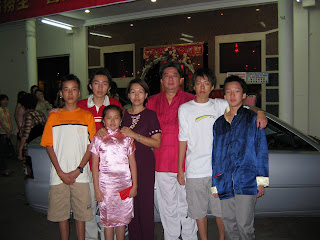 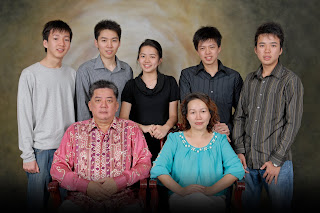